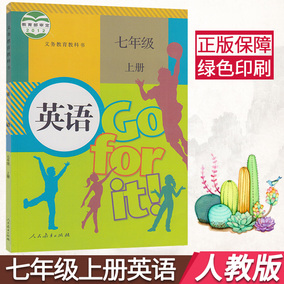 问题补充：最好是同一种动物的~~希望有2个故事
●The Big Leap Two frogs fell into a deep pit, and though they tried very hard they could not hop out. Their comrades peered down from the top and croaked in sympathy.“We feel for you,” they shouted, “ but there’s no way you can get out from there!”On hearing this, one of the frogs lost heart, and died of fear. The other frog was deaf. He thought his comrades were shouting encouragement. Emboldened by their faith in him, he gathered up all his reserves of energy in one great jump that landed him out of the pit.————————————————Donkey who didn't help A dog and a donkey were going to the market with their master. It was a very long walk across a mountainous path. At noon, the master ate the little food he had brought along, unloaded the donkey, and settled down under a tree for a nap. The donkey began to eat the grass growing there, but there was nothing for the dog to eat.“There are some loaves among the load you were carrying,” said the dog to the donkey. “Let’s take one and share it between ourselves.”“Wait till the master gets up!” said the donkey, tersely. “He’ll feed you then.”Just then a ravenous wolf came into view.“Help me, help me, dog!” pleaded the donkey, quavering in fear.“I’m so hungry I don’t have the strength to do anything,” replied the dog. “Wait till the master gets up. He’ll certainly help you.”——————————————–The Boastful Crow A flock of geese flew down to a beach where a solitary crow was hopping around. The crow watched them with disdain."How gracelessly you fly!" he said to the swans. "All you know is how to flap your wings. Can you glide? Can you somersault in the air? No, that's beyond you. Let's have a flying competition. I'll show you what flying really is!"One of the swans, a young, sturdy male, took up the challenge, whereupon the crow flew up and began to display his flying prowess. He flew in circles, swooped down like an arrow, and performed a variety of acrobatics in the air. Then he flew down, cawing triumphantly.Now it was the swan's turn. He launched himself into the air and began flying over the sea. The crow flew after him, making all sorts of derisive comments about his manner of flying. On and on they flew till finally the land was lost to sight. Water stretched endlessly on all sides. The crow's comments became less and less frequent and finally, stopped altogether. He had begun to tire. Eventually he became so tired that he found it hard to stay in the air. He had to struggle to keep from falling into the water.The swan, pretending to be unaware of his plight, said, "Why do you keep touching the water, brother? Is that another flying manoeuvre?""No," squawked the crow, the fight completely gone out of him. "I'm in trouble… a curse on my boasting! If you do not come to my aid, I'll drown…"The swan had pity on him and taking him on his shoulders flew back to the shore.

问题补充：求英语谚语小故事 一只猫的哲学
●英语谚语小故事 一只猫的哲学：The Man was very sad. He knew that the Cats days were numbered.The doctor had said there wasnt anything more that could be done,that he should take the Cat home and make him as comfortable as possible.The man stroked the Cat on his lap and sighed.The Cat opened his eyes, purred and looked up at the Man. A tear rolled down the Mans cheek and landed on the Cats forehead.The Cat gave him a slightly annoyed look.Why do you cry, Man?the Cat asded.Because you cant bear the thought of losing me? Because you think you can never replace me?The Man nodded yes.And where do you think Ill be when I leave you?the Cat asked. The Man shrugged helplessly. Close your eyes, Man, the Cat said. The Man gave him a questioning look, but did as he was told.What color are my eyes and fur? the Cat asked. Your eyes are gold and your fur is a rich, warm brown, the Man replied.And where is it that you most often see me?asked the Cat. I see youon the kitchen windowsill watching the birdson my favorite chairon my desk lying on the papers I needon the pillow next to my head at night. Then, whenever you wish to see me, all you must do is close your eyes, said the Cat.Pick up that piece of string from the floorthere, my toy. The Man opened his eyes, then reached over and picked up the string. It was about two feet long and the Cat had been able to entertain himself for hours with it. Now take each end of the string in one hand, the Cat ordered. The Man did so.The end in your left hand is my birth and the end in your right hand is my death. Now bring the two ends together, the Cat said. The Man complied.You have made a continuous circle, said the cat.Does any point along the string appear to be different, worse or better than any other part of the string? The Man inspected the string and then shook his head no.Close your eyes again, the Cat said.Now lick your hand. The Man widened his eyes in surprise.Just do it, the Cat said.Lick your hand,think of me in all my familiar places, think about all the pieces of string.The Man felt foolish, licking his hand, but he did as he was told. He discovered what a cat must know, that licking a paw is very calming and allows one to think more clearly. He continued licking and the corners of his mouth turned upward into the first smile he had shown in days. He waited for the Cat to tell him to stop,and when he didnt, he opened his eyes. The Cats eyes were closed.The Man stroked the warm, brown fur, but the Cat was gone.The Man shut his eyes hard as the tears poured down his face. He saw the Cat on the windowsill, then in his bed, then lying across his important papers. He saw him on the pillow next to his head, saw his bright gold eyes and darkest brown on his nose and ears. He opened his eyes and through his tears looked over at the circle of string he still held clutched in his hand.One day, not long after, there was a new Cat on his lap. She was a lovely calico and whitevery different from his earlier beloved Cat and very much the same.英语谚语小故事 一只猫的哲学翻译：男人非常伤心。他知道猫余下的日子不多了。医生说已经没得治了，他只能把猫带回家，并尽可能地让他在剩下的时间里过得舒服些。男人把猫放在腿上，叹了口气。猫睁开眼睛，呼噜呼噜地叫着，抬眼看了看男人。一滴眼泪从男人的脸颊边滑落，落在了猫的额头上。猫有点不高兴地看了他一眼。你哭个什么啊，伙计?猫问道，因为你无法承受将要失去我的念头?因为你认为永远都没有什么能代替我?男人点了点头。是啊。那么你认为我离开你以后，会到什么地方去了呢?猫问道。男人无望地耸了耸肩。闭上眼睛吧，伙计，猫说。男人疑惑地看了他一眼，但还是听话地闭上了眼睛。我的眼睛和毛皮是什么颜色的?猫问。你的眼睛是金色的，你的毛皮是浓郁而温暖的褐色的。男人回答道。那你最常在什么地方见到我呢?猫问。我经常见到你在厨房地窗台上看鸟在我最喜欢的椅子上躺在桌子上我需要用的文件上晚上睡在我脑袋边的枕头上。那么，无论什么时候你想见我，你只要闭上你的眼睛就可以了。猫说。把地上的那段绳子捡起来那里，我的玩具。男人睁开眼睛，伸手捡起了绳子。绳子大约有两英尺(约0.6米)长，猫曾经能够玩着绳子自娱自乐一玩就是几个小时。现在用两只手捏住绳子的两端。猫命令道。男人照做了。你左手捏着的那端就是我的出生，而右手的那端就是我的死亡。现在把两端连在一起。猫说道。男人又照做了。你做出了一个连贯的圆圈，猫说，这个绳子上的任意一点同其他点有什么不同吗?比绳子的其他部分更好或者更差吗?男人审视着那根绳子，然后摇了摇头。没有。再次闭上你的眼睛，猫说，现在舔舔你的手。男人惊讶地睁大了眼睛。照我说的做吧，猫说。舔舔你的手，想想我在所有我熟悉的地方，想想所有的绳子。要舔自己的手，男人觉得很蠢，不过他还是照做了。他发现了猫所知道的秘密舔爪子能让你平静下来，并让你能够思考得更加清楚。他继续舔着，他的嘴角开始上翘，好多天来第一次露出了微笑。他等待着猫叫停，可是没等到，于是他睁开了眼睛。猫的眼睛已经闭上了。他摸了摸猫温暖的褐色皮毛，可是猫已经去了。男人用力地闭上了眼睛，泪如泉涌。他看到猫蹲在窗台上，然后是他的床上，然后躺在他的重要文件上。他看到猫在他脑袋边的枕头上，看到他明亮的金黄色的眼睛还有鼻子和耳朵上深褐色的毛发。他睁开眼睛，透过泪水看向他依然捏在手里的绳圈。不久以后的某一天，他的膝上有了一只新的猫咪。她是一只可爱的白色花斑猫与之前那只他深爱的猫是那么的不同，然而又是那么的相同。故事寓意：原来很大的道理不一定需要很难的语言去解释，本文简单地一问一答告诉我们，当身边的人离去时，他们其实活在我们的心里;告诉我们，生命原本是一个无所谓开始更无所谓结束的圆圈;告诉我们，每一段生命的结束都意味着新生命的开始。只要心中还有爱，有思念，我们就可以笑对生死，珍惜人生。

问题补充：找一篇英语的谚语故事要一个谚语的由来不是要一句话.是一个故事!!!
●1、The Wolf and the Lamb A WOLF, meeting with a Lamb astray from the fold, resolved not to lay violent hands on him, but to find some plea to justify to the Lamb the Wolf's right to eat him. He thus addressed him: "Sirrah, last year you grossly insulted me." "Indeed," bleated the Lamb in a mournful tone of voice, "I was not then born." Then said the Wolf, "You feed in my pasture." "No, good sir," replied the Lamb, "I have not yet tasted grass." Again said the Wolf, "You drink of my well." "No," exclaimed the Lamb, "I never yet drank water, for as yet my mother's milk is both food and drink to me." Upon which the Wolf seized him and ate him up, saying,"Well! I won't remain supperless, even though you refute everyone of my imputations." The tyrant will always find a pretext for his tyranny. 2、The Bat and the Weasels A BAT who fell upon the ground and was caught by a Weasel pleaded to be spared his life. The Weasel refused, saying that he was by nature the enemy of all birds. The Bat assured him that he was not a bird, but a mouse, and thus was set free. Shortly afterwards the Bat again fell to the ground and was caught by another Weasel, whom he likewise entreated not to eat him. The Weasel said that he had a special hostility to mice. The Bat assured him that he was not a mouse, but a bat, and thus a second time escaped. It is wise to turn circumstances to good account. 3、The Lion and the Mouse A LION was awakened from sleep by a Mouse running over his face. Rising up angrily, he caught him and was about to kill him, when the Mouse piteously entreated, saying: "If you would only spare my life, I would be sure to repay your kindness." The Lion laughed and let him go. It happened shortly after this that the Lion was caught by some hunters, who bound him by st ropes to the ground. The Mouse, recognizing his roar, came gnawed the rope with his teeth, and set him free, exclaim "You ridiculed the idea of my ever being able to help you, expecting to receive from me any repayment of your favor; I now you know that it is possible for even a Mouse to con benefits on a Lion." 4、The Father and His Sons A FATHER had a family of sons who were perpetually quarreling among themselves. When he failed to heal their disputes by his exhortations, he determined to give them a practical illustration of the evils of disunion; and for this purpose he one day told them to bring him a bundle of sticks. When they had done so, he placed the faggot into the hands of each of them in succession, and ordered them to break it in pieces. They tried with all their strength, and were not able to do it. He next opened the faggot, took the sticks separately, one by one, and again put them into his sons' hands, upon which they broke them easily. He then addressed them in these words: "My sons, if you are of one mind, and unite to assist each other, you will be as this faggot, uninjured by all the attempts of your enemies; but if you are divided among yourselves, you will be broken as easily as these sticks." 5、A CHARCOAL-BURNER carried on his trade in his own house. One day he met a friend, a Fuller, and entreated him to come and live with him, saying that they should be far better neighbors and that their housekeeping expenses would be lessened. The Fuller replied, "The arrangement is impossible as far as I am concerned, for whatever I should whiten, you would immediately blacken again with your charcoal." Like will draw like.